Highlights of Activities & Travels by FSU Students, Faculty, and Visitors 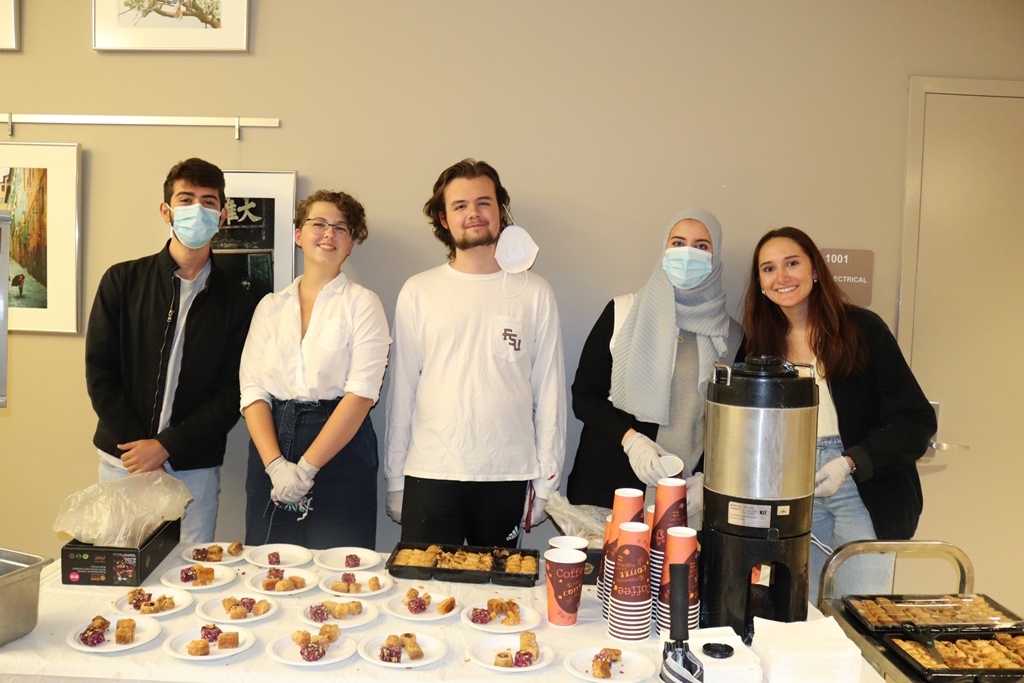 The Middle East Center hosted International Coffee Hour at the Globe. We had a wonderful evening sharing Middle Eastern desserts and drinks while learning more about the fascinating region. 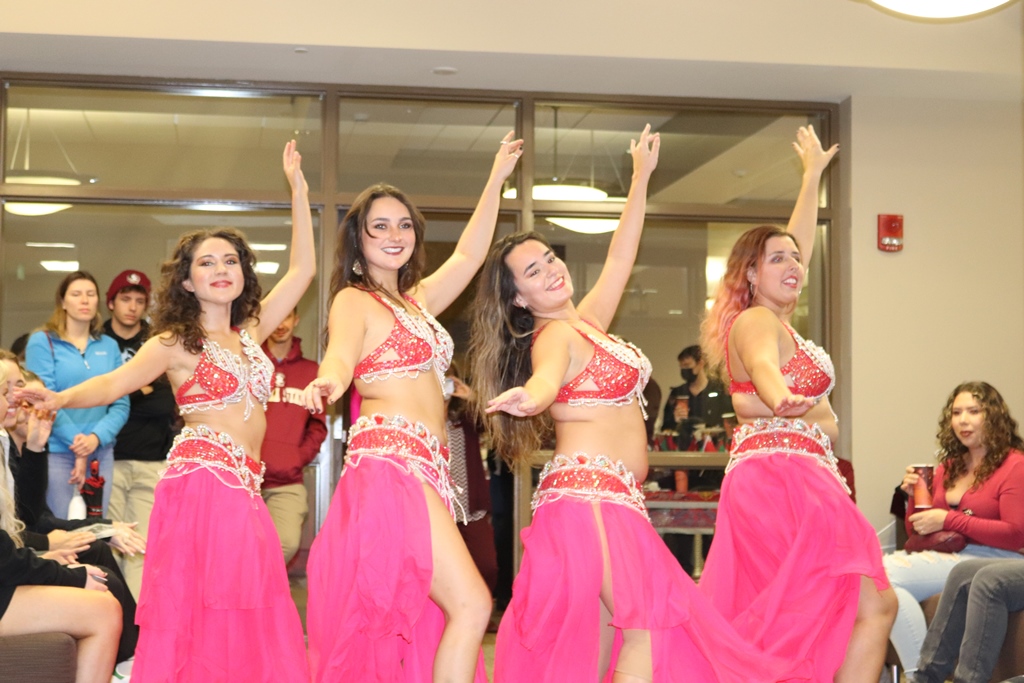 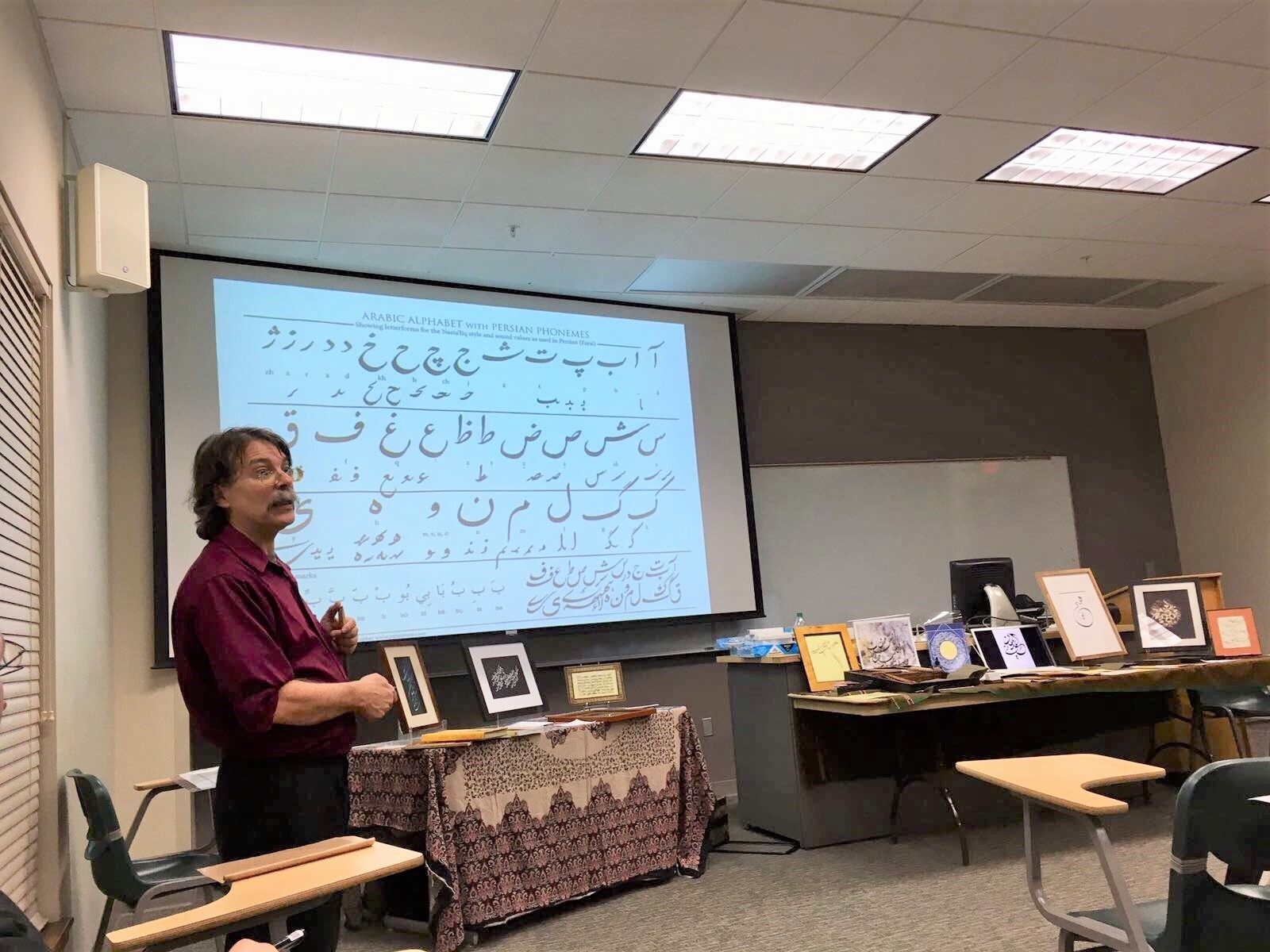 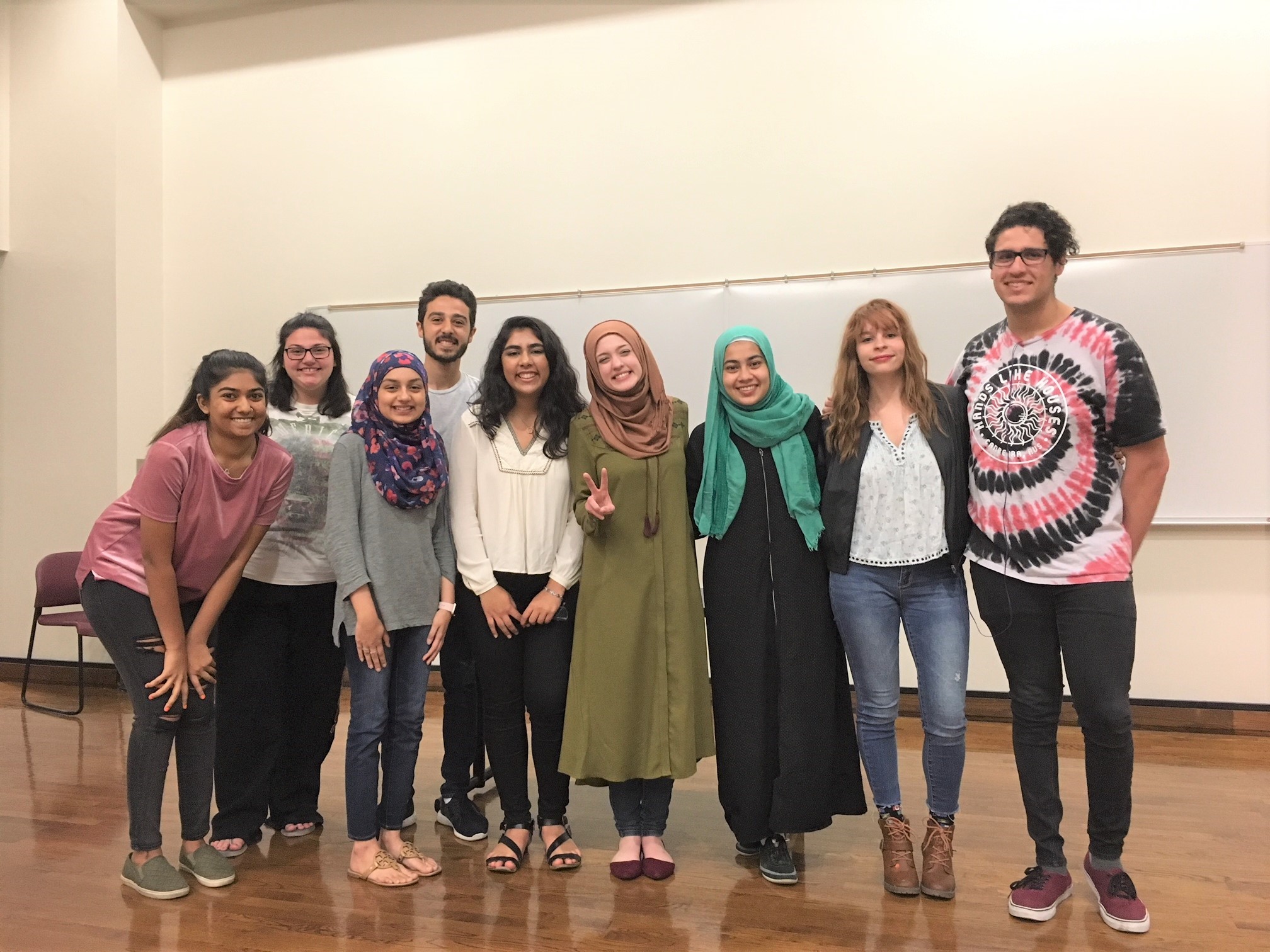 International poet, Amal Kassir, (fourth from right) gives a talk titled "The Muslim on the Airplane". 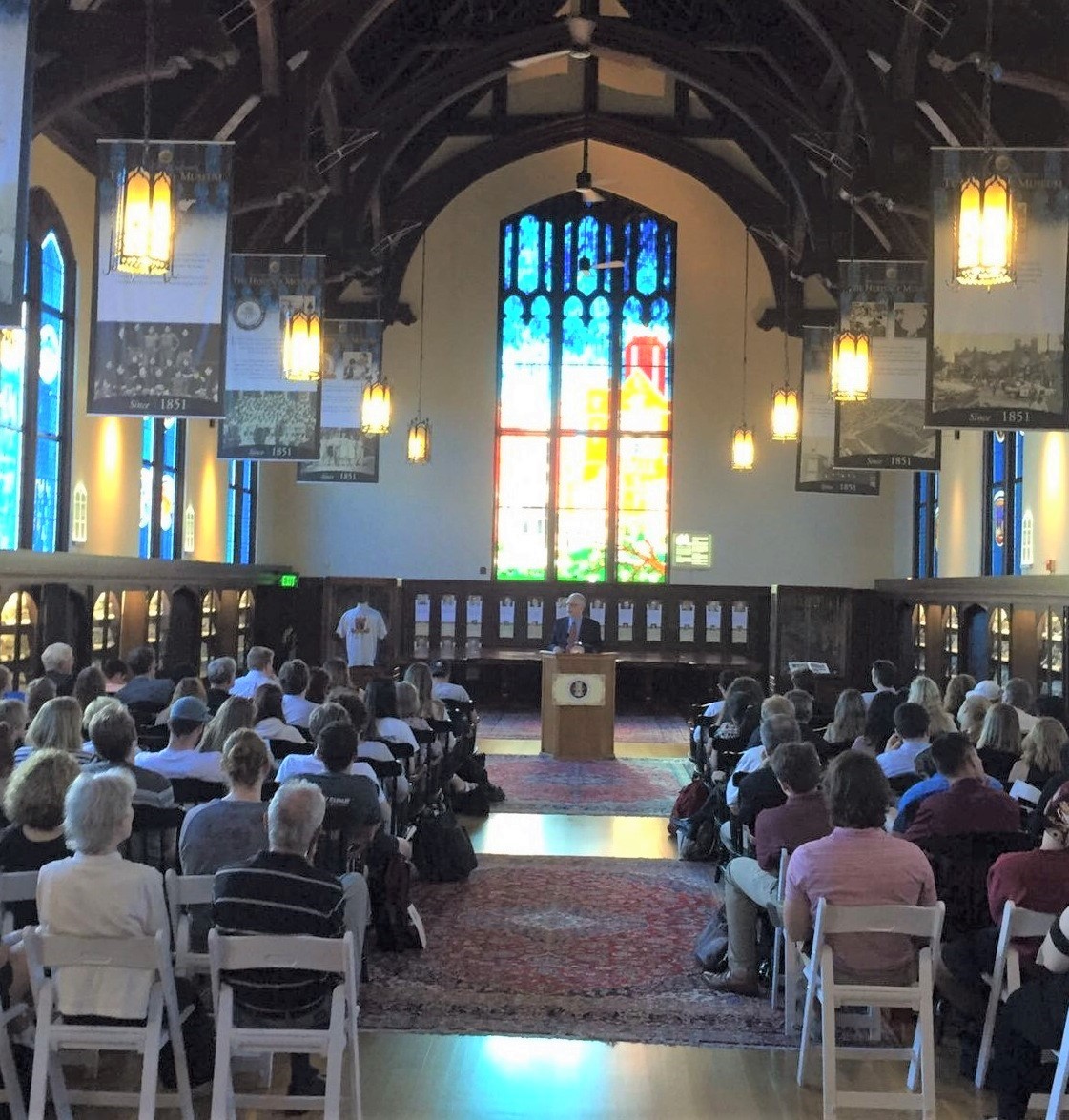 As part of the Janet B. Chapman lecture series, Dr. Steven Heydemann addressed the changes in U.S. policies in the Middle East between the Obama and Trump administration. 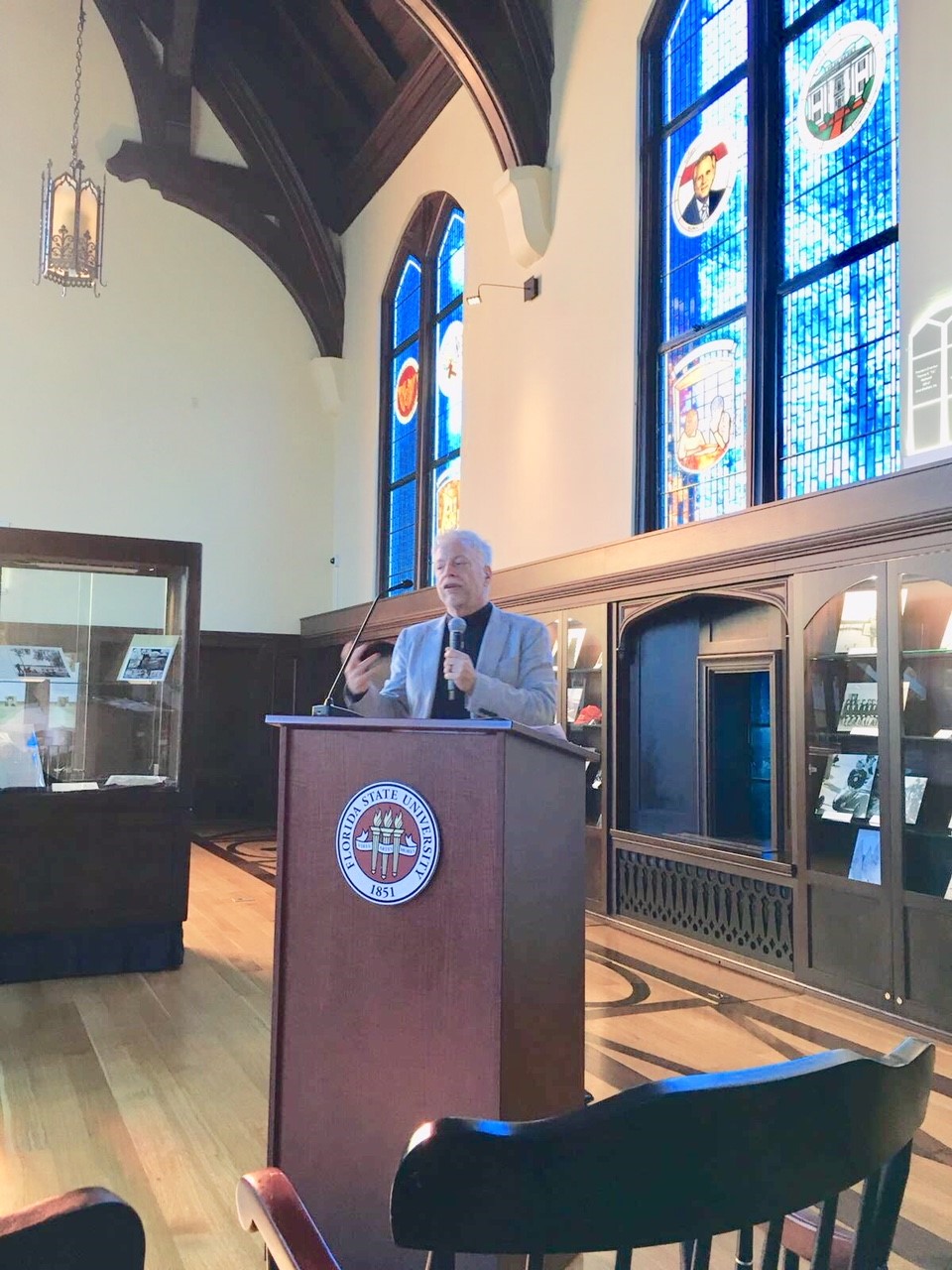 As part of the Janet B. Chapman lecture series, Dr. Nathan Brown addressed the dreams of the Arab uprisings in 2011. 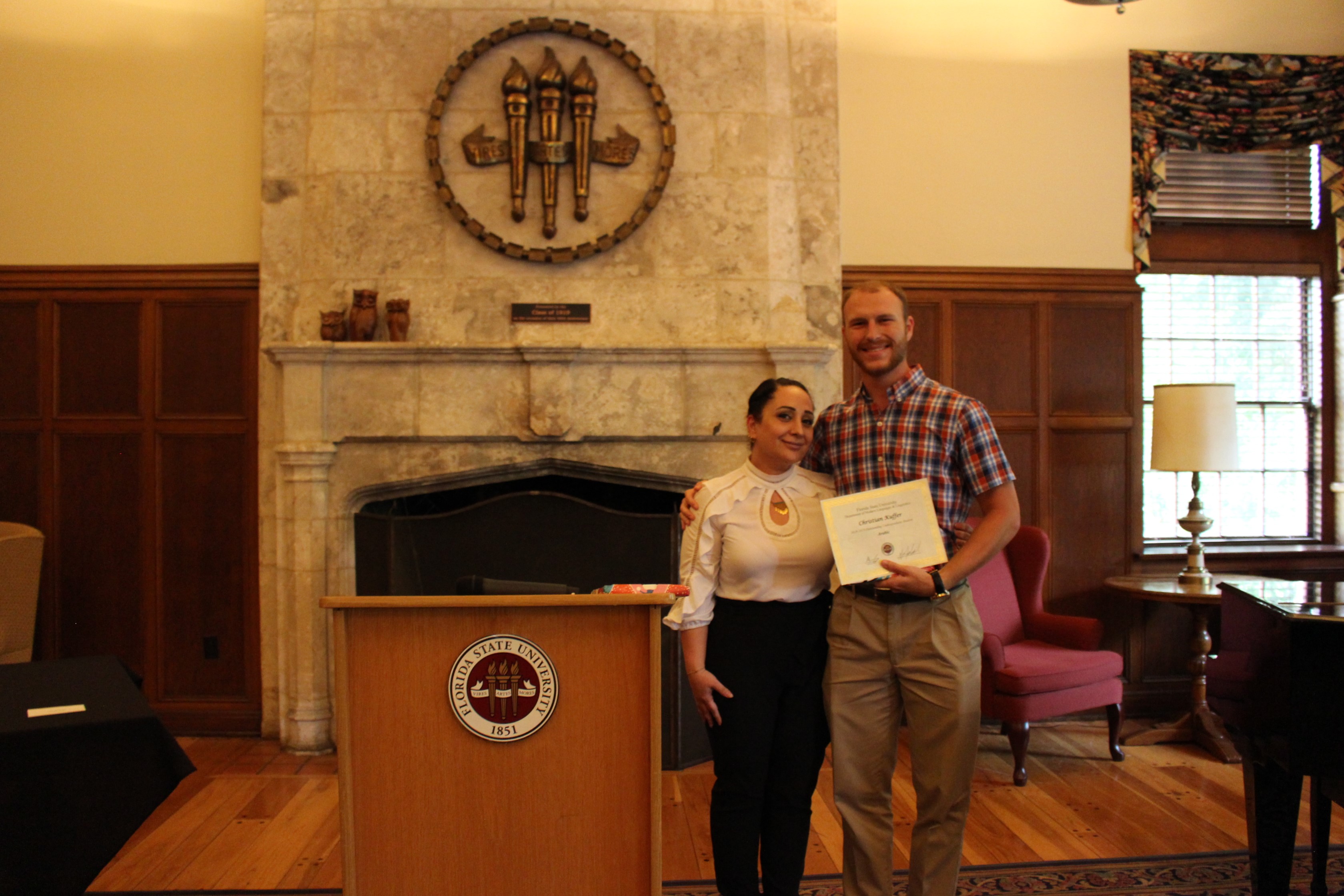 The Department of Modern Languages and Linguistics awarded five outstanding Arabic students with certificates honoring their overall language achievements throughout the academic year. In the picture, Dr. Wasan Tawfeeq (left) hands a certificate to one of the students.