Bem-vindo (welcome) to the Portuguese Program of the Department of Modern Languages and Linguistics at Florida State University.

Here we provide prospective and current students with information and contacts to study Portuguese language and culture. We currently offer a minor in Portuguese Language and Culture where students gain command of the language and acquire skills from a range of approaches. These approaches include diaspora and transnational studies; intersectional, cultural, and historical understandings of class, gender and race, as well as postcolonial studies.

Our approach highlights Brazil as a gateway to study ties with Spanish-speaking countries of the Americas, across the Atlantic and Global South, as well as a conduit for relations among Portuguese-speaking countries in Africa, Asia, and Europe.

... More than 200 MILLION people speak Portuguese – it is the FIFTH most commonly spoken language in the world! Portuguese and Spanish are the fastest-growing Western languages! 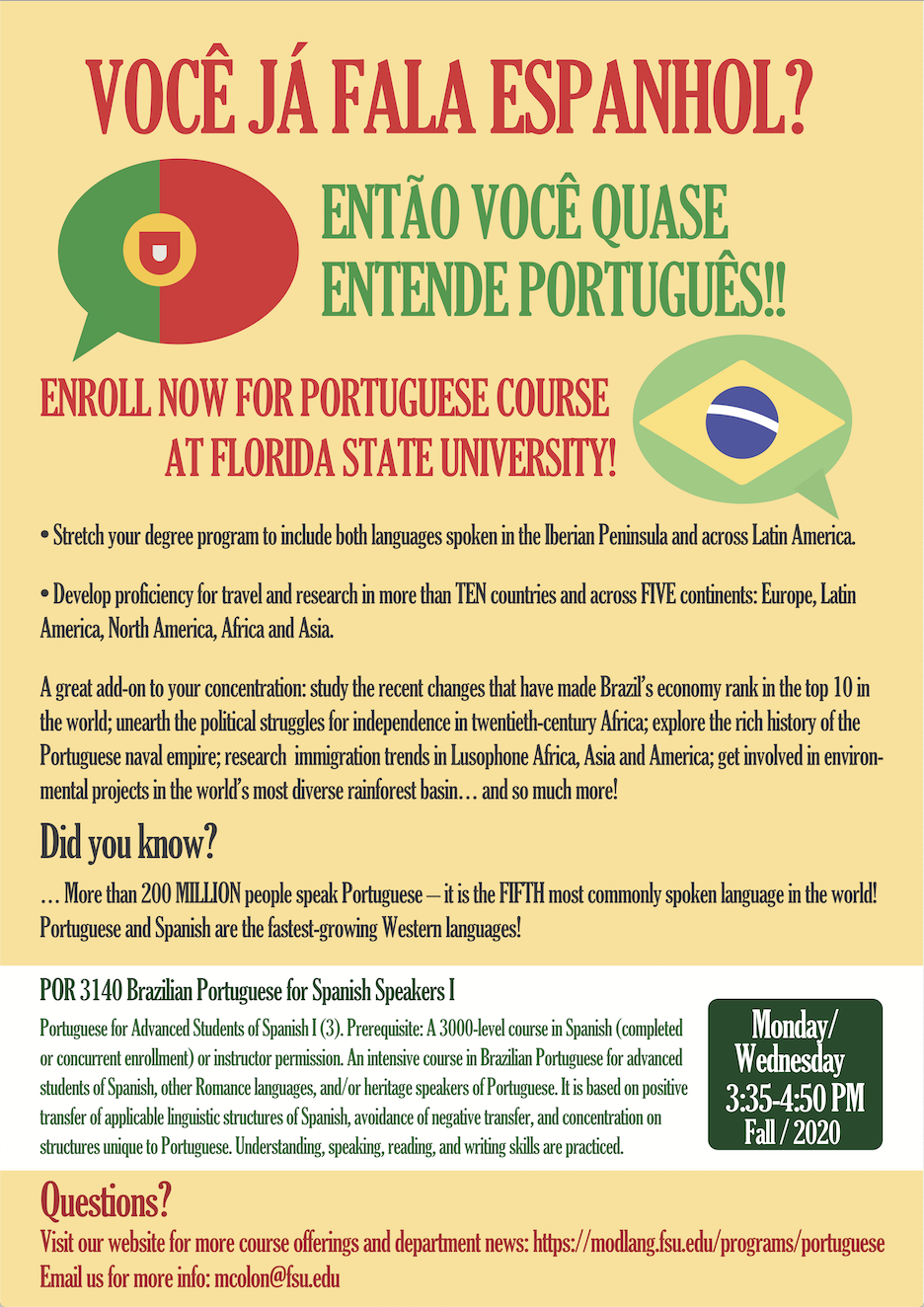 You are welcome to visit
Amazonia Now Perspective In a Region In Crisis.