Jay Seigler (MA student in Hispanic Linguistics) has received the Best presenter in Humanities award at the 2022 Fellows Forum for their presentation entitled The effect of age of gender transition on the use of mitigating phrases in the speech of transgender men. They have also been selected to present at the Council of Florida Graduate Schools Statewide Research Symposium in April. Congratulations, Jay!

Environmental, human and social concerns: An Interview with Enrique Leff.

Dr. Marcos Colón interviewed the Mexican philosopher and environmentalist Enrique Leff. The conversation took place in the Amazon city of Tabatinga (on the border with Peru, Colombia and Brazil) during the International Seminar on Political Ecology. The philosopher talked about his most recent works: El Fuego de la Vida: Heidegger ante la Cuestión Ambiental (2018); and Ecología Política: de la Deconstrucción del Capital a la Territorialización de la Vida (2019), where he denounces that “sustainable development” is far from being a way out. We need to rethink the foundations of our mediation with the world and rediscover the value of traditional knowledge in dialogue with academia.

And in video format: Revista Nexos.

Florida State University's Alpha Delta Chapter of Sigma Delta Pi, the National Collegiate Hispanic Honor Society, has been named an “Honor Chapter” for its outstanding activities in 2018-19, an award that was bestowed to only 16 chapters nationwide in 2019. Professors Anel Brandl and Alejandra Gutierrez, Alpha Delta's chapter advisers, were instrumental in earning this award for their student group.

Chanelle Dupuis, an undergraduate student majoring in French and Spanish literature and linguistics at FSU, published a paper titled "To speak is to exist-the case of endangered languages in Brazil and Ecuador" in the journal Amazonia Latitude, which was founded by Dr. Marcos Colón. To access the article, please click here.

Tallahassee Hispanic Theater, a non-profit organization founded two years ago by Alejandra Gutiérrez, continues to program a variety of plays from the Hispanic world, some of them translated and performed in English for the first time. Last Summer we did our First Annual Micro Theater Festival, in the Carriage House at Goodwood Museum, which was a great success. This was a non-traditional theater event, where the audience was able to enjoy the setting, the music, and the performances presented all in the same open space, while moving freely around the space and mingling with others.  Please visit our Facebook Page.

Matthew Goldmark received the “Best Journal Article by a Junior Scholar” award from the Latin American Studies Association’s Colonial Section for his article “Reading Habits: Catalina de Erauso and the Subjects of Early Modern Spanish Gender and Sexuality.” The award, given every two years, recognizes the best published journal article by a junior scholar in the Colonial Section, which is composed of scholars from all over the world. The competition is open to scholars, primarily from the liberal arts and social sciences, who are below the rank of full professor.

Brenda Cappuccio presented research on "Victim, Witness, Writer: Luis Martín Santos and Tiempo de silencio" at the 11th Annual International Conference on Literature at the Athens Institute for Education and Research in June 2018.

Enrique Alvarez attended the SAMLA conference in Birmingham AL with his graduate student Ester Hernández-Esteban on Nov 2-4, and participated in a small symposium on Gender and Decolonization with some renown colleagues in the field at FAU on Nov 15 and 16.

Juan Carlos Galeano has been a part of the film project on environmental education project at the Allpahuayo Mishana National reserve in the Peruvian Amazon: The Latin American Observatory: Chullachaki’s Chakra and Environmental Education in the Amazon basin ... note University of Sydney (Environment Institute) 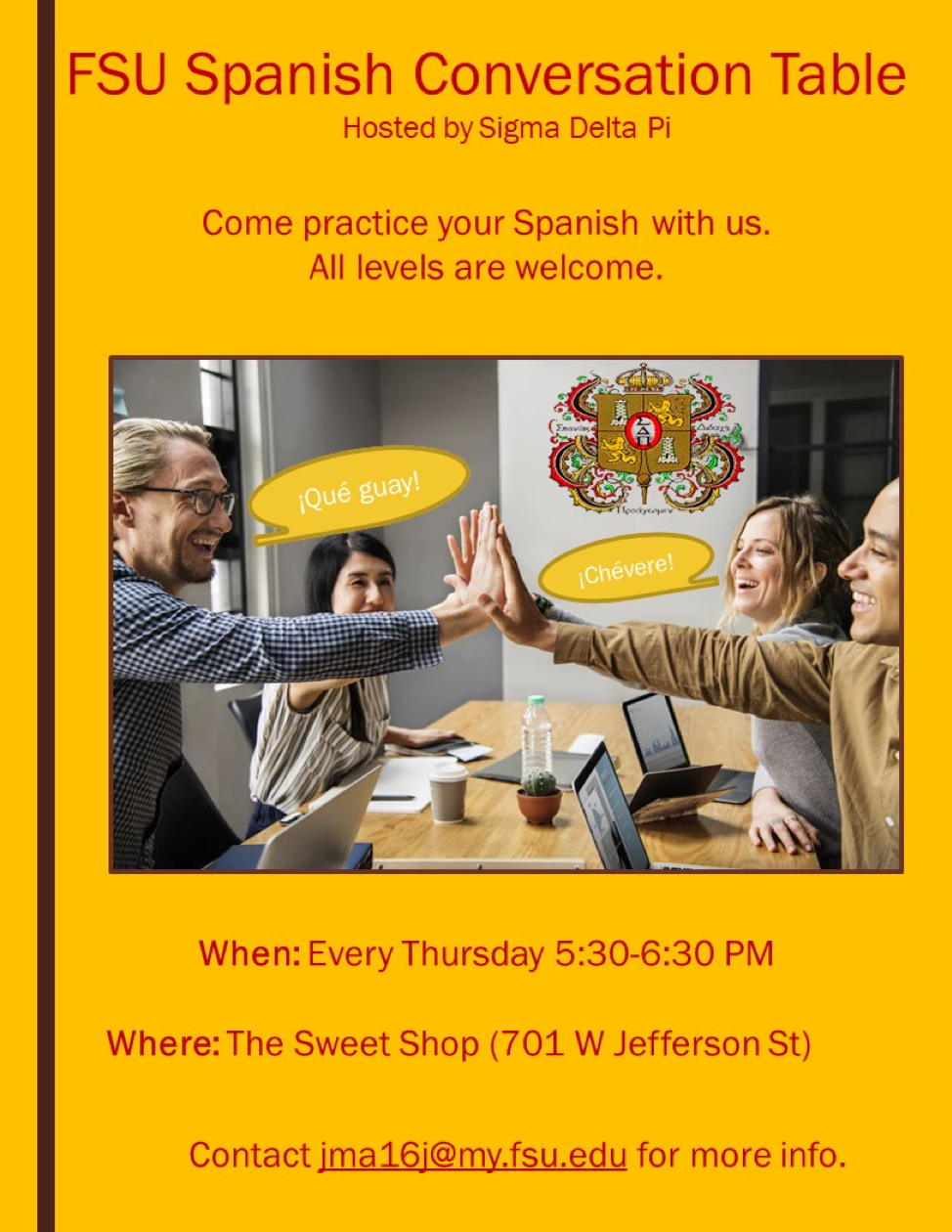 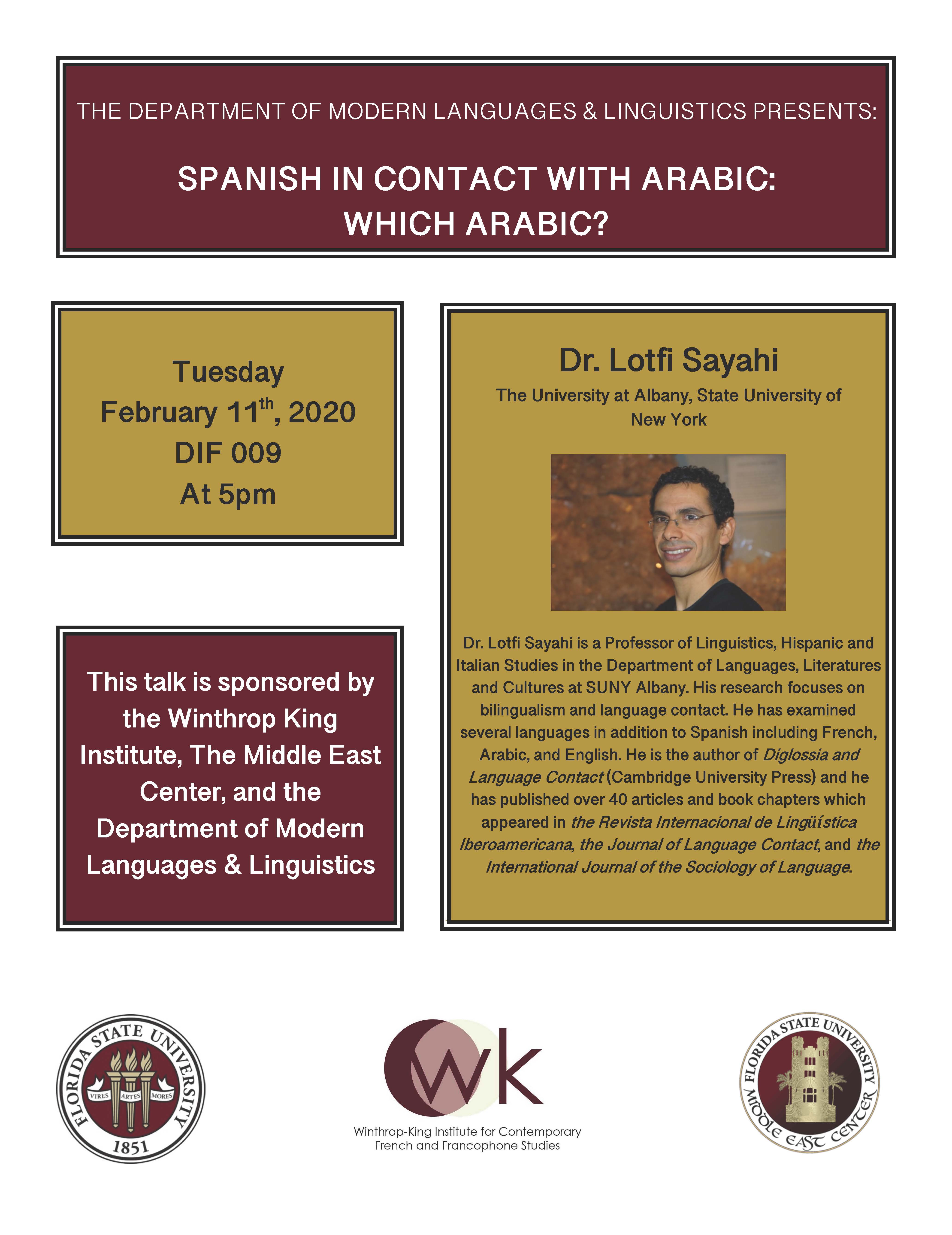 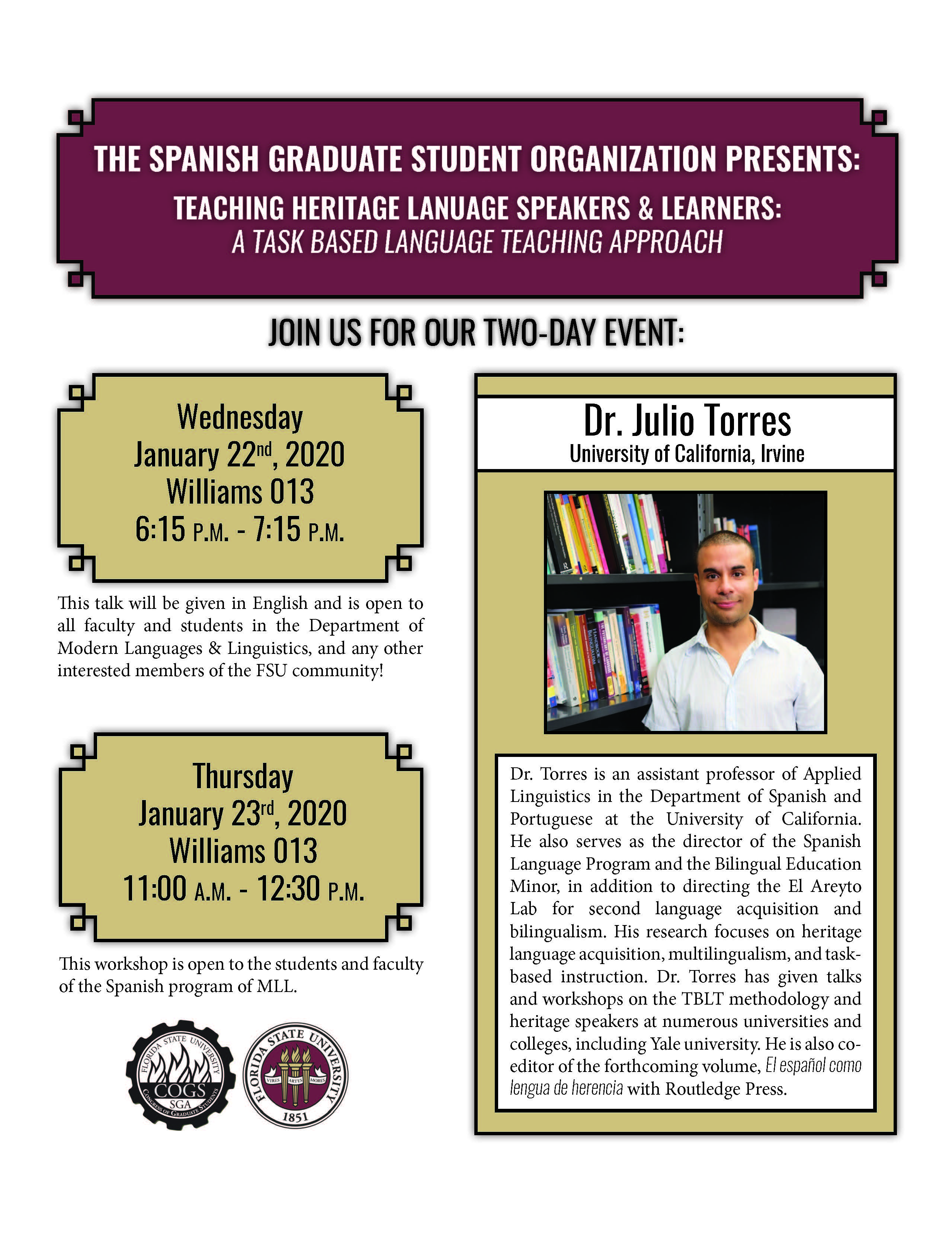