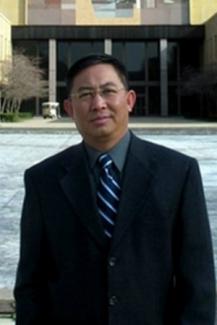 Professor Feng Lan received his PhD from the University of Notre Dame in 1998. His research interests include comparative studies of modern Chinese and American literatures, Chinese diasporic literature and culture, as well as Chinese cinema in transnational contexts. He is the author of Ezra Pound and Confucianism: Remaking Humanism in the Face of Modernity (University of Toronto Press, 2005). The book explicates Pound’s reinvention of Confucian humanism as an alternative to Western capitalist modernity by examining the poet’s strategies in integrating Confucian doctrines with Western ideas and bringing such a hybrid discourse to bear on the contradictory conditions of his time. Professor Lan’s articles have appeared in major journals in his field, including Comparative Literature, Journal of Modern Literature, Literature/Film Quarterly, Modern Chinese literature and Culture, and Paideuma. In addition, he has published Chinese articles in scholarly journals in China, such as China Scholarship, Foreign Literature Review, Literature & Arts Studies,  and most recently, Cultural Heritage Studies. Professor Lan is now completing a book that explores the changing configurations of China in verbal and visual texts by Chinese diasporic writers and artists since the late nineteenth century.

Professor Lan is the recipient of FSU’s University Teaching Award (2002), and has taught Chinese language courses besides courses in Chinese cinema and literature. He has been leading the FSU Summer Study-Abroad Program in Tianjin, China Since 2004.