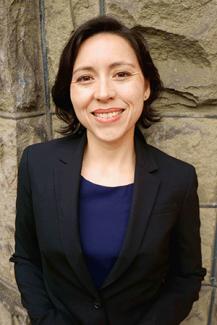 Jeannine Murray-Román (PhD Comparative Literature, UCLA) is Assistant Professor of French and Spanish specializing in comparative Caribbean literatures and cultures. Her work is grounded in postcolonial, transnational, and performance studies and her research interest in experimental writing includes digital humanities as well as the interface of oral and performance practices and writing in the regions of the archipelagos in the Pacific and Indian Oceans. Her work has appeared in Small Axe, the International Journal of Francophone Studies, and The French Review. Her current work focuses on walking, speculative poesis, and reparations movements.

• Interdisciplinary approaches to literature and the performing arts