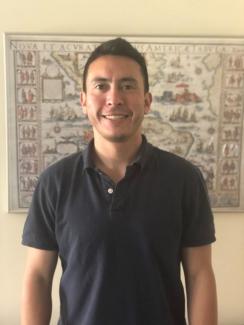 Matthew Mewhinney earned both a B.A. in Japanese Studies and Chinese Studies (2006) and a M.A. in Asian Studies from University of California, Santa Barbara (2009), and a Ph.D. in Japanese Language from University of California, Berkeley (2018). His research interests include lyric poetry & theory, literati culture, and narrative in premodern and modern Japanese literature. Such concentrations speak to broader interests in literary translation, the imagination, subjectivity, and the philosophy of form.

His first book Form and Feeling in Japanese Literati Culture (forthcoming from Palgrave Macmillan) examines how four writers transformed the Japanese literati (bunjin) tradition by creating new poetic forms of irony and lyricism. His current project explores how the sonic dimension of literary form mediates a sympathetic/empathetic connection between text and reader through the process of reading.

“Evincing Experience: Lyric in Natsume Sōseki’s Recollecting and Such.” Proceedings of the Association for Japanese Literary Studies 20 (2021): 157-167.