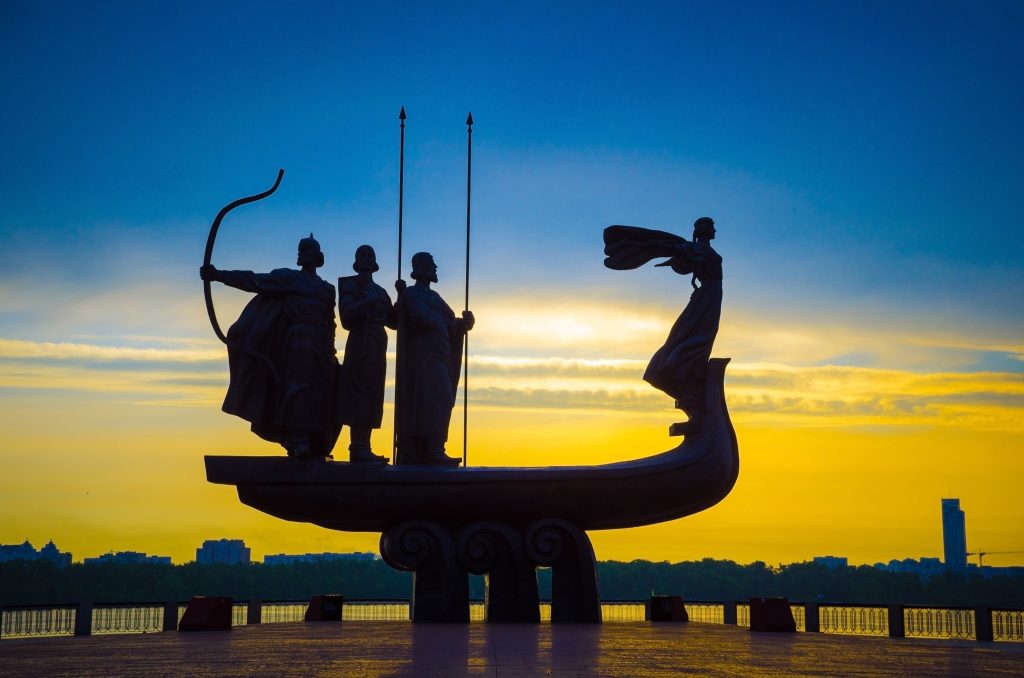 Ukraine has a fascinating history, from Byzantine-influenced Kyivan Rus to the Cossack State, which produced Europe’s first modern constitution in 1710; from the Romantic national revival of the early nineteenth century to the birth of the modern Ukrainian Republic in 1917; and from the hardships of the Soviet period to renewed independence in 1991.

Ukraine has strong folkloric, literary, musical, and cinematic traditions. From epic songs and fairytales to one of the richest vampire beliefs in Europe, from Gogol and his compatriots to Serhiy Zhadan, from the “Carol of the Bells” to DakhaBrakha and Kalush Orchestra, and from Dovzhenko and Vertov to Sergei Loznitsa, there is something for everyone.

Ukraine is diverse, a land of many settlers (from Hungarians and Romanians in the west to Russians in the east) and religious faiths (Orthodox, Catholic, and Protestant Christianity, Islam, and Judaism), as well as autochthonous peoples such as the Crimean Tatars. Indigenous languages are protected and there is no state religion.

Ukraine is becoming a different country in response to the Russian invasion. Ukraine has always had a robust civil society, and is now building a robust, accountable state and armed forces; it has long had strong technology, agricultural, and other sectors, and after the war it will have the chance to build a strong economy in the region. Get in on the ground floor.

Studying Ukrainian helps Ukraine. From the nineteenth century to the present day, Ukraine has been the frequent target of linguicides and genocides. But the people of Ukraine have persevered, and by studying Ukrainian you honor their courage and join their struggle.

Twelve (12) semester hours in courses listed below and numbered above 1999 are required for the Ukrainian minor. Credit earned in meeting the foreign language requirement for graduation may not be used in satisfying the minor.

UKR 1120: Elementary Ukrainian I (in approval process, temporarily taught as FOL 2100). A course for those who wish to begin learning Ukrainian as a second language. Covers oral work, grammar, and composition. Covers most activities listed in the ACTFL novice mid-level competencies. Language and culture are intertwined, and in learning Ukrainian language, students also learn from and about culture by studying how the Ukrainian people view themselves and their society.

UKR 1121: Elementary Ukrainian II (in approval process, temporarily taught as FOL 2100). A course for those who wish to continue learning Ukrainian as a second language. Covers oral work, grammar, and composition. Covers most activities listed in the ACTFL novice high-level competencies.

UKR 2220: Intermediate Ukrainian (in approval process). A course for those who wish to continue learning Ukrainian as a second language. Covers oral work, grammar, and composition. Covers most activities listed in the ACTFL intermediate low-level competencies.

RUS 4840: History of the [Ukrainian and] Russian Language[s] and Introduction to Reading Old Rusian Texts. This course studies the development of the phonological and grammatical systems from the earliest records to the present. (The course currently focuses on the Ukrainian and Russian languages; it will be resubmitted to formally change the course title and description.)

RUT 3514: Russian [and Ukrainian] Folklore and Fairy Tales. This course considers a range of critical approaches and provides a general introduction to the study of folk belief, folklore and fairy tales, and their continuing influence in Russian, [Ukrainian,] and world culture. Taught in English. (The course currently treats Russian and Ukrainian fairy tales; it will be resubmitted to formally change the course title and description.)

SLL 3500: Slavic Culture and Civilization. This course examines the Slavic peoples, their cultures and traditions, from prehistory to present day. Novels and film give students a perspective from the "inside." Taught in English.

SLL 3510: The Slavic Vampire. This course is an exploration of the myth of the Vampire, from its origins in Slavic folklore to its appropriation by the West. It examines why the Vampire has endured not only in Eastern Europe but also in the Western imagination. Taught in English.